Over-ear headphones completely fit around the ear in a way where the ear pads usually come into contact with the side of your head rather than your ear. There are two types of over-ear headphones, namely open-back and closed-back.

Open-back refers to a style of headphones where the outside of the ear cup is either completely or partially open. When you are using them, the sound can leak out and in. Open-back headphones are a great choice for enthusiasts because they’re typically able to provide a more spacious and ‘open’ sounding presentation.

Closed-back refers to a style of headphones where the outside of the ear cup is completely closed. These are great when you do not want your headphones to leak sound in and out as much and are a great choice for people who want to minimise partner disturbance or use their headphones while traveling.
However, by closing off the back of the cup, some sonic challenges are introduced because the sound waves produced by the headphone driver (speaker) travel towards your ear but also travel towards the back of the ear cup. Without proper damping or ways to diffuse the sound waves, there’s a risk that they will bounce of the cup and travel back towards your ear and interfere with the other sound waves. Therefore, closed-back headphones require some form of damping and this can also lead to some slight compromises in sound quality.

One of the most important parts of a headphone is the driver. A driver (also known as a transducer) is a mechanism which converts the electrical signal into a sound wave that the ear can understand. Over-ear headphones generally use one of three driver types:

Dynamic drivers are the most common, and these often allow for high excursive force, meaning the slam or punch quality is more evident. The driver unit is made up of magnets, voice coils and a cone-like diaphragm. 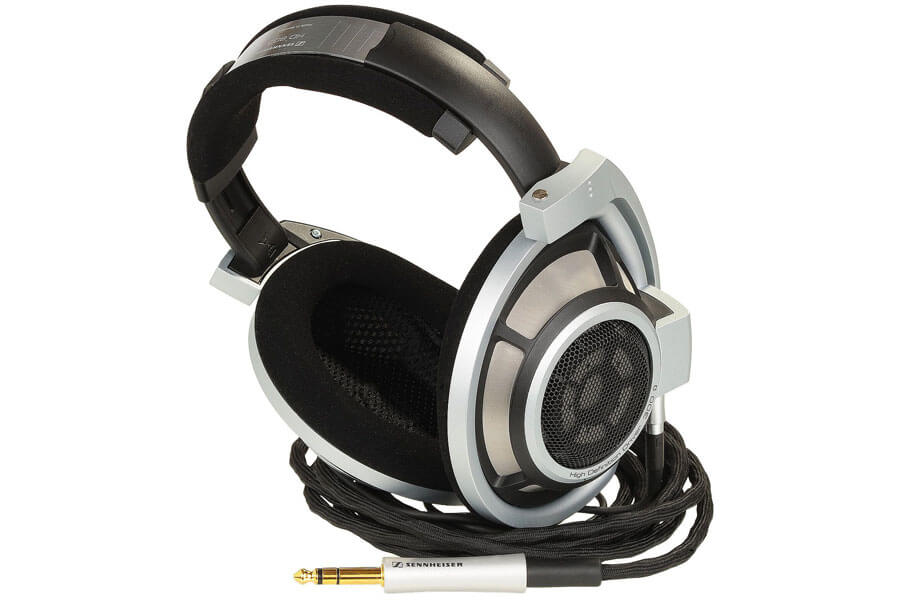 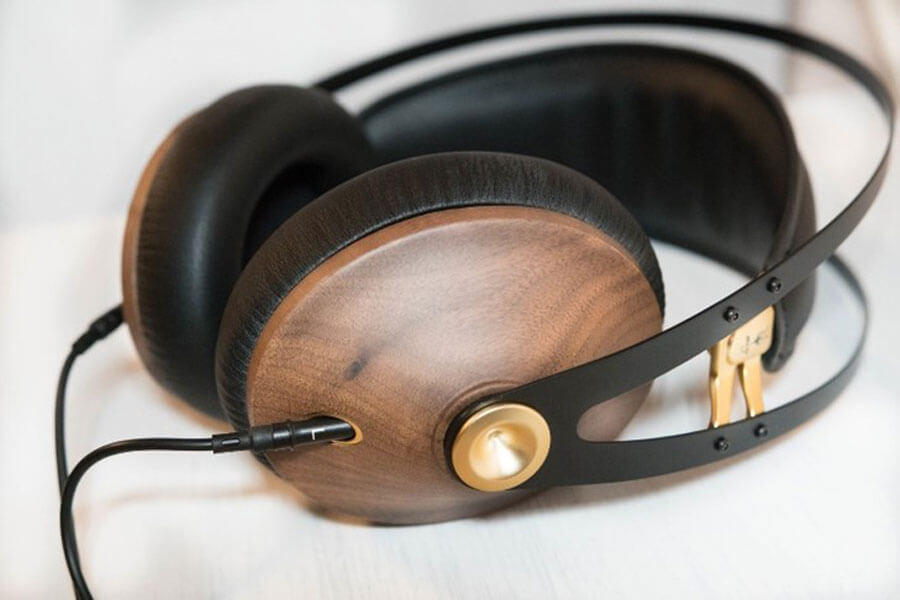 In a planar magnetic setup, the part that actually creates sound is a thin, flexible material sandwiched between the outer layers of the mechanism. That diaphragm contains extremely thin wires with electrical current flowing through it, which regulates its back-and-forth vibration. What makes the whole setup work is a series of precise and evenly-spaced magnets on both sides of the thin, electrically-active diaphragm material. Hence the name, planar magnetic: magnets acting on a flat plane. The magnets are so precisely cut and spaced that the diaphragm is perfectly held in the magnetic fields. This wide and flat layered construction makes planar magnetic headphones larger in diameter than most full-sized dynamic headphones, but somewhat “thinner” in the cups.
Planar Magnetic drivers often sound tighter, cleaner & more controlled and have better extension with minimal distortion for bass than dynamic drivers. In general, they are better at instrument separation and distinction, however they do also impart a certain type of timbral characteristic to the sound. 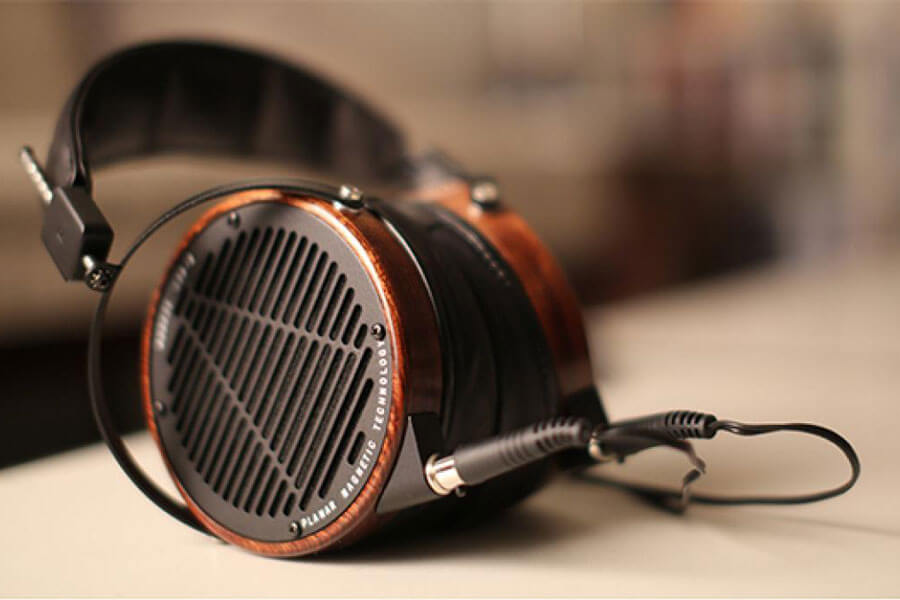 Electrostatic headphones use extremely thin diaphragms. For comparison, a very thin dry-cleaning plastic bag, the type that blows away just by breathing on it, is ten to twenty times thicker than the material used in electrostatic headphones. Electrostatic systems work by placing a static (non-moving) electric charge on a film that floats between two perforated metal plates. When audio voltages are applied across the plates, static cling and repulsion causes the entire film to move all by itself. This film is so thin that it weighs less than the air around it and has no resonances or energy storage which leads to the coloration inherent in moving coil speakers.
Less common than the other two driver types, electrostatic headphones require a unique high voltage power supply to power them. Sonic characteristics include improved detail retrieval, especially for treble frequencies, and an absence of distortion, creating a somewhat ‘ethereal’ sound, but also commonly provide less impact and energy for bass frequencies. Examples of electrostatic driver headphones: 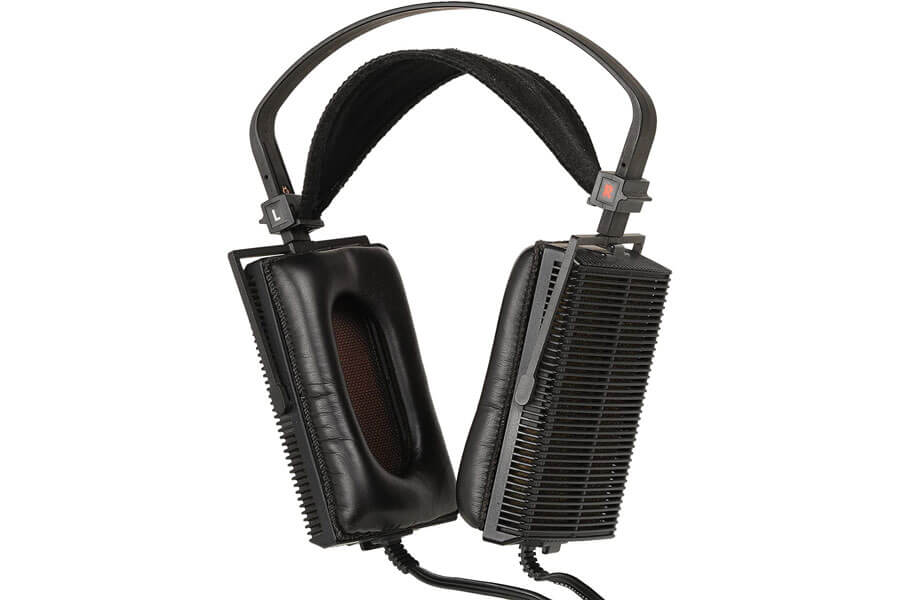 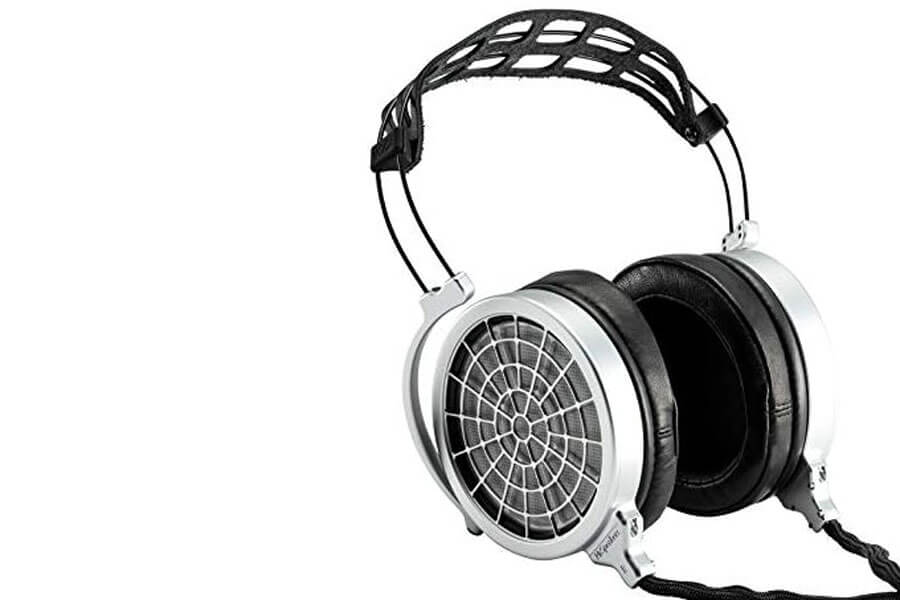 There are a few other driver types that appear in headphones such as AMT (Air Motion Transformer), Ribbon drivers and Magnetostriction (Bone Conduction) but they have yet to be commonly used.

We'd love to talk to you

Give us a call, send us an email, or use the enquiry form.

Sign-up to our newsletter to get all the latest information. We don't share your email with anyone else.